Born and raised in the biggest small town in the world – San Antonio, TX – I always knew I had a bigger purpose.

One of my earliest memories was as a 4 or 5 year old laying on my bed with my feet up on the wall thinking to myself “Why do we all have 2 eyes, 2 ears, a nose and a mouth?  Why do all humans and animals have the same facial features?”

Heavy evolutionary and esoteric thoughts that Darwin would have been proud of for such a young age.

From being a successful technology salesperson in the San Francisco Bay Area.

I’m grateful for all of the “downs” in my 20’s because I never thought to myself I couldn’t overcome a setback.

Time and time again I picked myself up and kept moving forward.

Movies and filmmaking has always been my passion and I began learning the craft.

In the early 2000’s I created my own independent film festival for 5 years running.

In the late 2000’s I ran my own video production company, Cantu Productions, doing freelance videography.

It wasn’t until I hit my 30’s did I finally turn off the television and started to figure out what life was “really” about, the same question I pondered over a quarter-century ago.

The truth surrounding the September 11th 2001 attacks was my first major awakening.

I participated in “911 Truth rallies” all over the San Francisco Bay Area.

It was during this time that I met Joe4Truth, a fellow truth seeker.

I worked with Joe4Truth on various video projects including the award-winning “Obama Joker Poster” contest put on by Infowars.

We ended up winning 1st place in this contest.  Here is the video:

As a followup to this contest, we ended up doing the followup “Poster Revolution Contest” and winning 1st place again.

Turning 30 was like the scene in The Matrix when Morpheus offers Neo 2 choices:

“Remember, all I am offering you in the TRUTH, nothing more”

For a time I called my work “The Red Pill on Steroids”.

See, when you want to bulk up on muscle, get really ripped and shredded, you take steroids.

Steroids allow you to go beyond your genetic potential.

They allow you to kick down the wall of your physical limitations and say “Fuck Yeah!”

That’s what I was doing with my videos and blog – giving the “truth” on steroids.

Who Do I Write For?

My avatar, the person I write for, is a younger version of me.

If only I had the knowledge I have now back then.

This is my chance to reverse history and become “Digital Morpheus” to many “Neo’s” all over the world.

If anyone is seeking enlightenment, is angry at the world, motivated to become a better Man, or pushing past preconceived boundaries, then my work is for you.

“All I am offering on this site is the Truth, nothing more.”

Being sick and tired of “The Matrix” and all that had been hidden from me I decided to go off of the plantation and live a Home Free Lifestyle.

Essentially I sold all of my excess belongings and moved into my Jeep and a 6×10 storage trailer.

It was also during this time that I began creating videos about M.G.T.O.W. which stands for Men Going Their Own Way.

It was both a creative release and a way to heal from years of indoctrination.

We all suffer from this spiritual warfare and by selling everything I own I was able to start a cleansing process.

During 2016 and 2017 I created over 500 videos touching on subjects like female nature, the government, the elite’s plan to emasculate Men.

I also shared personal videos about my life and experiences.

Once I started gaining momentum and effecting a large group of Men worldwide, my YouTube channel was taken down.

In December 2017 I decided to visit Bangkok, Thailand to further my awakening.

Having lived my entire life in the United States I knew there was more to learn about the world.

Since then I have been to Cambodia, Indonesia, and Vietnam.

I plan to visit South America in the coming year.

Success! Now check your email to confirm your subscription. 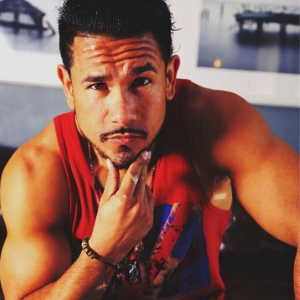